The Art of Documentary Editing

I was shocked to get a phone call in June that my friend Ray Frawley ,the film editor, had died of cancer. He had just reached his 60th birthday.

Ray was the guiding hand behind the majority of my documentaries from 1991 until 2005. He was far too self-effacing to have ever considered himself an artist. But take it from me, Ray was the real thing. More than just a craftsman. He had an uncanny intuition. At times he could unlock the secrets of a film sequence and reveal through his cutting something that was not even discernible from viewing the rushes.

From the very first – a film for the BBC 40 Minutes strand – I realised that I was in very confident and sure hands. Some editors are frustrated directors who settle for editing as a second-best. Ray was not one of them. He was born to be an editor. And the fact that he worked with so many talented documentary directors –

Not that the status of any particular director or producer made a blind bit of difference to Ray. He had no ego at all and he was not the least bit impressed by anyone else’s. The only thing that counted with Ray was the quality of the film footage you brought in the door. Ray viewed great rushes with the relish of a chef savouring the freshest ingredients before combining them into a succulent dish !

I came to trust Ray’s instincts for finding the core structure within the mass of footage that I brought to the cutting room. He probably never said it explicitly because he was not one to pontificate, but his basic philosophy of editing was that you will find your film by keeping the best footage and leaving everything else out.

Sounds simple doesn’t it , but it was actually very challenging for a director who inevitably comes from a shoot with favourite sequences in his head. When Ray watched the raw footage and smiled ,or better still chuckled ,you knew that this was a piece to keep. But inevitably sometimes he would shake his head and look uncomfortable after viewing footage that I had great expectations of. I would probably look wounded and try and get his sympathy, but Ray’s huge fund of personal generosity did not extend to indulging a director when he knew the hard truth had to be faced! Even if I won a reprieve in the first round, I probably always knew that Ray was right and in later cuts the offending sequence would inevitably be removed.

Ray was a master problem solver and a genius at finding a structure out of disparate elements. On more than one occasion he was approached by a despairing director in mid-edit with a different editor, pleading with Ray to take the job on and apply his forensic skills to finding the shape of the film.

When we came to put together my 2001 film for BBC’s Omnibus , “Syd Barrett: Crazy Diamond” , Ray and I decided to do away with any notion of a pre-ordained structure or paper edit. We would just look at the footage and then start on Day One with what felt right. Cutting together three or four minutes a day, never looking back, on a tight deadline with a transmission date only a few weeks away, we knew that if this first roughcut did not hang together we would be in big trouble.

At each stage we asked each other that question “what feels right now”? Sometimes it might take a couple of pints of Guinness in our nearby second home, the Blue Post, to agree on the next step and excitedly dash back to Ray’s Avid (after 1995, before that he was cutting 16mm film) to structure the vision.

It was a fantastic roller-coaster ride as we charged towards the finish. Result: a 70 minute roughcut that flowed effortlessly and was so tightly structured that the Omnibus exec tried desperately to get us a 70 minute slot. Alas ,we had to settle for the allotted 50 minutes in the end, which meant an agonizingly painful forensic job to pare the film down.

In addition, Ray’s great talent for editing sequences to music really came to the fore with this film. He was at the absolute peak of his game. And enthusiastic audiences at music film festivals still appreciate Ray’s work on the film, now retitled “The Pink Floyd and Syd Barrett Story”.

“Parachutist!” was Ray’s disparaging word for a character brought into a film, often as an “expert” or for political reasons to appease an exec producer, but whose appearance jarred with the flow of the film’s approach. Try dropping an expert into an observational sequence and you get the idea!

As soon as he used the P word you knew he was right! He taught me the invaluable lesson to identify a potential “Parachutist” at an earlier stage and not include them in the shooting schedule. One of many lessons Ray taught me. Now I hear his voice in my head at the first signs of danger. “Parachutist!” Thanks Ray.

I just spoke with director Mike Dibb, wondering what it was , this quality that we all valued so much about Ray’s abilities . Mike put it most succinctly : “Ray had this mysterious intuitive talent. A complete sense of what it’s about. If he told you it wasn’t working you knew he was right ,without him ever having to articulate why. I’ve never met anybody whose editing was so intuitive.”

We both agreed that’s not something you can ever teach anyone. And it’s why , right now , Ray the editor seems so irreplaceable. Of course , it’s even more painful to have lost Ray the warm and generous friend .

Other documentaries edited by Ray Frawley

Under the Sun :Forgiving the Blood. BBC Fine Cut : Memories and Dreams . BBC

(With many thanks to Sara Bhaskaran, Ray’s invaluable assistant film editor, who assisted Ray on the majority of these films and hunted down her cv to compile this list . We may have missed some films off the list. Let us know!)

James Moseley worked as Ray’s assistant film editor on most of his films from 1984-90.

James has sent me this list of titles from that period. 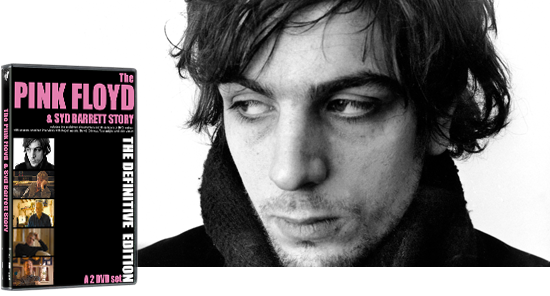