“British filmmaker John Edginton turned his focus towards the controversial case of Mumia Abu-Jamal in 1997, putting out the documentary Mumia Abu-Jamal: A Case for Reasonable Doubt? and featuring, for the first time, an exclusive interview from one of America’s most “celebrated” death row inmates.

Fast-forward over ten years later and this wonderful documentary has finally found its way to DVD. Released by Docurama Films, this film reopens one of America’s most notorious cases and asks piercing questions of the parties involved. “ 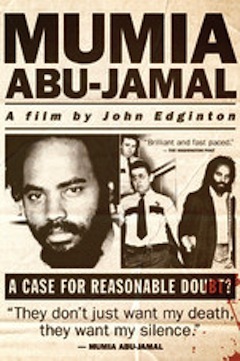