“They resented me for cheating death. It seemed like they had been looking forward to it. “

An investigative journalist  contacted me with the story of a man – lets call him K – who has been on Death Row in San Quentin prison in California for 29 years and who is almost certainly innocent.  After several weeks of negotiations with K’s legal team and the prison authorities,  I found myself one Sunday morning driving 20 or so miles from San Francisco to one the US’s oldest and most notorious prisons.

The first surprise is the almost domestic nature of the prison setting. You drive down a village street and the gates and visitors car park is at the end, next to the water and spectacular views of the Bay. The prison is an old pile. There’s very little sign of any modernization. Mostly Black and Latino visitors – the majority are women and children – crowd into the corridor of a poorly constructed concrete slab building.

We are processed through a small office . Even a pack of tissues is taken from me. It was not sealed appropriately apparently. I have been forewarned that no blue clothing  can be worn by visitors. Nothing that can be construed as prison garb.That certainly means denim. They say a young boy was recently turned away because he wore blue jeans.

Yet there is a peculiar informality to the vetting process. A women official calls back to a visitor as though she is an old friend. We are processed by a genial older guy who is almost regretful that my tissue packet is barred.

“Have a good visit” he says quite warmly to us as though he means it after we have collected our passes. We then walk from that building down a street of older style houses. One is called the San Quentin museum. Hmm. That’s clearly not open to the public. Some of the staff live in this street. I am wondering what it is like for their kids to grow up within the prison walls.

Then we head into the prison itself. First stop is a very cramped visitor’s office where we hand in our IDs through a slot  in a wire mesh to a guard sitting at a desk behind.  Then into the visitors’ section itself. The section specifically set aside for “the Condemned”. The room is basically a space containing around 12 wire mesh rectangular cages, connected together. Each cage has a door at the front and the rear.

We collect snacks from a row of vending machines. Chips, crisps, soda, sandwiches. Then enter the cage allocated for this visit.  We take our seats in two of the three formica chairs inside. We have a few minutes to take in our surroundings. There are men in some of the other cages, pleasantly chatting with their Sunday visitors. They are all condemned to die.

K is brought in through the opposite door of our cage. He hugs both of us and then plunges energetically into a description of his situation . On death row for the last 29 years.  He was three hours from being executed in February 2004. An experience that still haunts him. He grabs my arm. “They looked at my arm searching for a good vein to inject into.”

He turns mine over, prodding the skin.

“They were chatting like technicians with a job to do.. I was no longer human to them. “

The call came from the State Supreme Court  just three hours before his execution deadline. His death was stayed.  He says there was a look of frustration in his executioners’ faces.

“They resented me for cheating death. It seemed like they had been looking forward to it. “

He says that in the days before the execution date , they had made all kinds of preparations – measuring him for the body bag and coffin.

“They were always checking up on me “are you feeling ok?” They didn’t want me committing suicide!”

“After the stay was granted they asked me if I would like some medication.. I said Why? I’m alive , so why would I need it ? But you guys probably do. You were getting ready to kill me. You look like you could use some!”

K was warm , gracious ,impressively humble . I left the prison, with the ocean air filling my lungs. I was full of resolve to raise the funding necessary for a documentary that would help to exonerate him. That was a year ago.

The funding has not yet materialized. 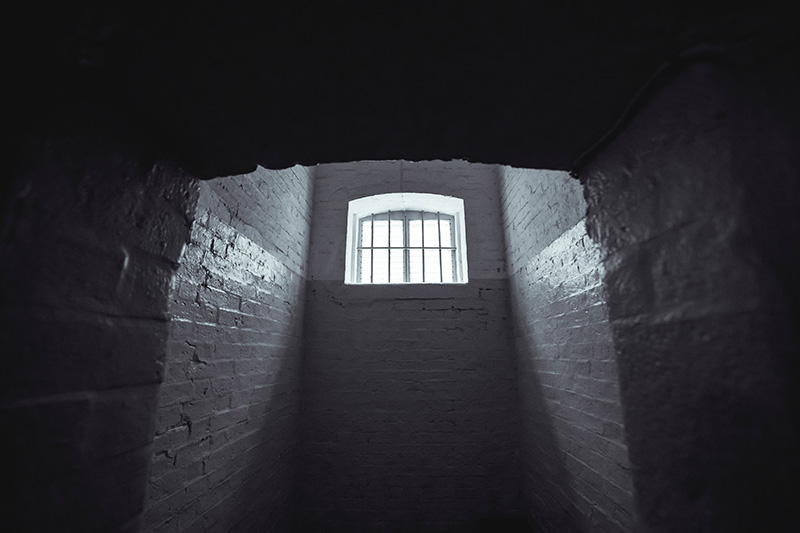